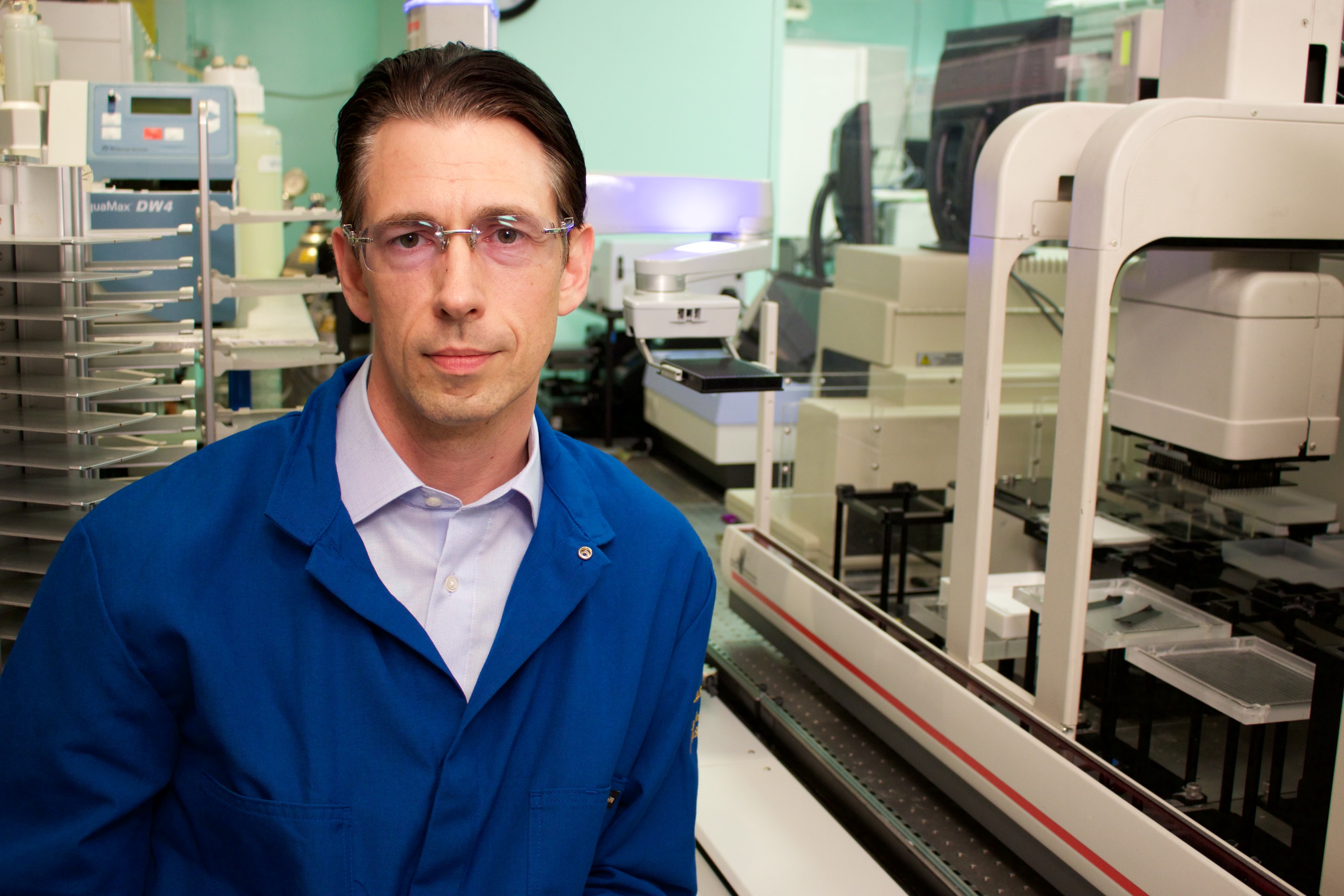 In an advance that could lead to the development of better treatments for viral pathogens, such as Zika, a team of scientists at the California NanoSystems Institute at UCLA are developing a more accurate and more cost-effective DNA-screening system based on gene-editing technology.

To develop drugs that would prevent viruses from causing infections, researchers need to know the genetic mechanisms that viruses use to infect healthy cells. Those mechanisms become the drug targets.

Determining what mechanisms to target requires screening the DNA in host cells for genetic modifications. This is done by removing or “knocking out” genes suspected of being key to viruses’ infection or replication mechanisms.

Led by Robert Damoiseaux, associate professor of pharmacology, UCLA scientists have recently partnered with the Sandia National Laboratory to develop special screening libraries based on a gene-editing technology called CRISPR, an acronym for clustered regularly interspaced short palindromic repeats. CRISPR evolved in nature as a defense against bacteria and now it gives researchers a powerful genome-editing technology that is inexpensive and quick, Damoiseaux said. The current method of producing individual genetic constructs one-by-one is expensive and labor-intensive.

“These new libraries enable more cost-efficient and rigorous research than traditional approaches, and are allowing us to screen for target genes that are of much more subtly different types with greater accuracy,” Damoiseaux said.

Damoiseaux’s team starts out with a mixture of CRISPR constructs — a pooled library of DNA segments — that is easy and inexpensive to produce, then separates the mixture into individual constructs using high-throughput robotic equipment in the Molecular Screening Shared Resource at the CNSI. By separating the mixtures into individual library members, or arraying, then screening them individually using fast robotics, genes in the human genome that are essential for Zika infection can be determined in a very short period. Researchers can then begin to design antiviral treatments targeting these identified genes and find cures more rapidly.

With the Sandia National Laboratory as industrial partner, Damoiseaux’s team is seeking to take their current work and create an arrayed CRISPR library that will further lower costs and increase the speed of antiviral drug development.

“A pooled CRISPR library is a complex mixture of thousands of DNA fragments like a mix of jelly beans in a glass. An arrayed library is more like individually wrapped and labeled jellybeans” said Damoiseaux, who is also the director of the Molecular Screening Shared Resource at CNSI.

“When you identify a set of genes involved in viral replication using CRISPR from a pooled screening campaign, you must still run a set of experiments to confirm each individual gene to know what you have,” Damoiseaux continued. “In an arrayed library, the researcher is ahead of the game because the screening identifies individual genes directly, making it more rigorous and able to capture more subtle effects than pooled approaches.”

Arrayed CRISPR libraries also have many applications in other research specialties such as cancer treatment. Through enabling a better understanding of human health, CRISPR technology will lead scientists to very exciting discoveries and new cures for many genetic diseases.