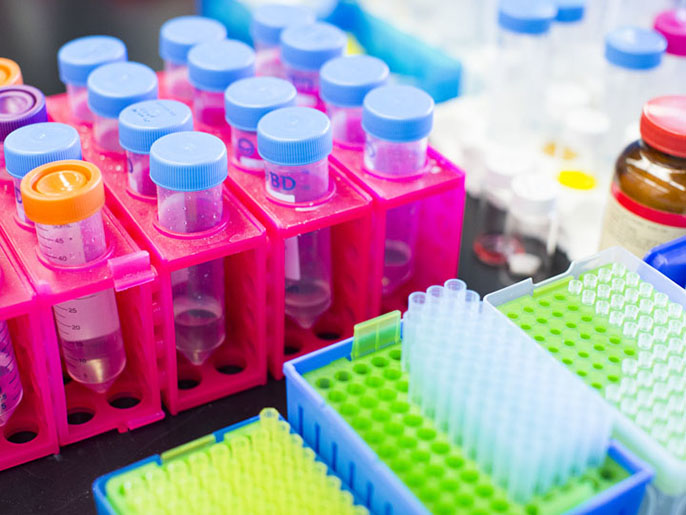 The journey was long and filled with obstacles, but his persistence paid off.

Slamon and colleagues conducted laboratory and clinical research that, in collaboration with biotechnology firm Genentech, helped lead to development of the breast cancer drug Herceptin.

The drug, which targets a specific genetic alteration found in about 25 percent of breast cancer patients, has saved thousands of women’s lives. Lifetime even made a movie based on Slamon’s struggles, “Living Proof,” starring Harry Connick Jr.

But not all drug discovery efforts have a Hollywood ending.

The odds of developing a blockbuster drug are slim. Thousands of compounds are screened, and only about 1 in 10 drugs that survive the initial stages to enter clinical trials eventually receives approval. The road from discovery to drug product can take more than a decade and cost more than $2 billion.

How can the drug discovery process be improved?

The newly launched University of California Drug Discovery Consortium aims to tackle that problem by working together as a UC system to speed and increase development of a range of drugs to help patients. This not only could help generate life-saving treatments, but also create significant economic activity from spinoff companies to licenses and collaborations with industry.

“The leap from academic discovery to drug product is time consuming and costly,” said Catherine Tralau-Stewart, UC San Francisco associate professor of therapeutics and campus lead for the consortium. “We’re trying to improve how we support drug discovery across the UC campuses. We’re hopeful that the end result will be more innovative UC therapeutics reaching patients. The development of industrial, philanthropic and investment partnerships will be a key part of the consortium.” 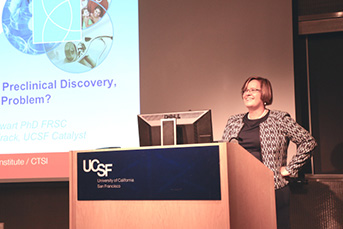 Tralau-Stewart is principal investigator on a $2.2 million, three-year grant from UC’s Multicampus Research Programs and Initiatives focusing on early translation of academic discovery research into therapies. The grant to the Drug, Device, Discovery and Development workgroup of UC Biomedical Research Acceleration, Integration and Development is helping to get the consortium off the ground.

“We’re trying to change the ecosystem of drug development in California,” said Robert Damoiseaux, UCLA associate professor of pharmacology, director of the Molecular Screening Shared Resource in the California NanoSystems Institute and campus lead for the consortium.

UC researchers have a history of helping to discover drugs that improve the lives of patients, though even the successes illustrate the lengthy process: 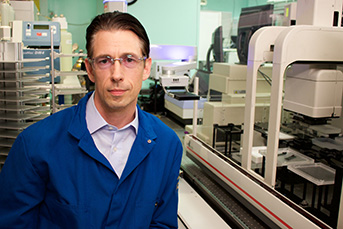 Damoiseaux has seen the challenges and obstacles to drug discovery. He is developing an online compendium of resources for the UC system to help researchers on each step of the discovery pipeline.

“The drug discovery process can be very complex,” Damoiseaux said. “We’re trying to close the gap.”

UC held its first systemwide drug discovery symposium in February at the California NanoSystems Institute, where UC scientists shared stories of their drug discovery efforts, compared notes on best approaches and a panel of industry experts discussed how to best work with industry to translate drug candidates into the clinic.

The consortium will provide a platform for continuing that collaboration, with researchers aiming to find treatments for a range of diseases from cancer to other unmet needs. For example, the Center for Discovery and Innovation in Parasitic Diseases at UC San Diego targets diseases affecting hundreds of millions of people worldwide, but which are not normally lucrative for traditional drug and vaccine discovery companies because they primarily affect the poor and underserved.

Damoiseaux already has started collaborating with Hartmut Luecke, a UC Irvine professor of molecular biology and biochemistry. They have identified small molecules that could lead to new life-saving treatments to combat the bacterium H. pylori, which is the main cause of stomach cancer and difficult to eradicate with antibiotics.

“We want to help move interesting and innovative ideas along the drug discovery pipeline to help attract other investments, grants, licenses and collaborations with industry, and generate spinoff companies,” Damoiseaux said.

“Each campus has its success stories,” Tralau-Stewart said. “It’s the tip of the iceberg of what could be achieved across the UC system. That’s what the UC Drug Discovery Consortium is trying to change.”